Comments from head coaches, their coaching staffs, team supporters and fans can vary and deserve a multitude of responses. But when the comments go from noise to unprofessional conduct, officials have a responsibility to address it — using both management skills and the rules to establish a return to civility. 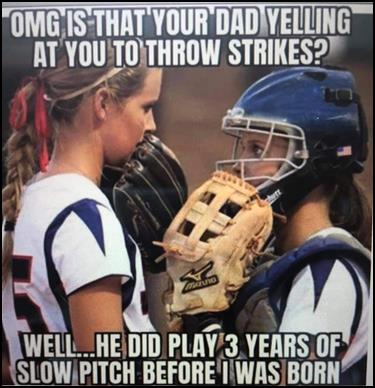 When it comes to dealing with non-playing participants in any sporting event, the difference between noise and unprofessional conduct must be clear in an official’s mind. Officials should establish their own line ahead of time as the emotions of a game or specific comment can be a trigger that has a specific negative effect. You must have absolutes that you won’t tolerate and non-absolutes that you will allow and treat fairly and evenly.

Most of the absolutes can be established with the rulebook as a guideline. Profanity is an absolute — it is unprofessional at best and disrespectful at its worst. Non-playing participants cannot be allowed to use profanity. They should be dealt with swiftly and succinctly — informal warning, formal warning, “enough” and ejection (see the article Warnings on this Locker Room in the Game Management section). There are unsportsmanlike guidelines in the NCAA college softball rule book (Rule 13). For team supporters, direct and immediate referral to game management is the best option.

What makes the difference between “noise” and “unprofessional conduct” should be a personal determination by the official. There are few absolutes (perhaps only profanity) that might be worthy of a sanction. However, there are many types of conduct exhibited by non-participating personnel that can fall close to either side of the line. Umpires need to ask themselves what they will tolerate and then remain true to the standard. Consistency in applying those standards will make the official’s role in applying his or her standards simpler when the heat is turned up.

Here are some questions for umpires to consider when establishing his or her own “noise vs. unprofessional conduct” policy.

• What words are on your own list of profanity? Is your own vocabulary and tolerance for others’ use of words close to the standard of the community in which you are serving as an official?
• What types of non-verbal communication will you tolerate? Will a certain type of body language be permitted? Can body language have different meanings to you than the person delivering the message?
• Does disregarding a directive from an umpire once warrant a second chance? Does your policy have an elasticity that comes with the game situation? Do you treat something that would be unprofessional conduct in the early stages of a game as noise late in a game, fearing your call might impact the outcome?

Let’s look at a few situations that might help get your thinking started on how you’ll answer those questions. Keep in mind, words have definitions found in Webster’s Dictionary, and words have meanings that can be close to universal. They are not necessarily the same thing, and it’s your job to sort that out.

Late in a game, a head coach yells, “What kind of frigging call is that?” as the umpire calls interference on the shortstop. In the closing moments of the game, the pitching coach shouts, “Are you freaking kidding me?” when a pitch just off the strike zone is called ball four. Both italicized words are being used as substitutes for a more profane word. However, if penalized, the speaker of the words would declare that he or she had not uttered a profanity. Yes, the gentler words could be deemed as offensive toward the official, but probably fall on the side of noise. When the moment settles, the official’s best choice might be to simply tell the speaker, “You can use a better choice of words.” Most often, the speaker will retreat from the remarks, recognize that the official has made an effort to defuse the situation and move toward resolution. Should the speaker return to the language again, it’s time to say, “I’ve asked you, now I’m telling you to use better words.” And while it should remain unspoken and never threatened, the speaker now has two strikes and a penalty looms on a third offense.

The head coach comes out to question a judgment call and receives an explanation from the calling umpire. As the umpire walks away, the coach gives a dismissive wave. Some umpires consider that an absolute example of unprofessional conduct, to the point that some partners will often issue the warning if it’s done behind the calling umpire’s back. Coaches deserve explanations occasionally, but dismissive or disrespectful gestures constitute unprofessional conduct. The official’s explanation must be respected — even if not agreed with or understood. Conduct like that would not be accepted in any professional environment from the boardroom to the checkout lane. The conduct should be penalized.

Same game, but this time the other coach throws his clipboard in the dugout as the opposing team gets a good, but legal start from first base during a steal. The calling umpire does not see the throwing, but definitely hears it. The coach can be expected to react to the play, but throwing equipment is specifically prohibited by rule. On the other hand, a spontaneous and even demonstrative reaction may be tolerated depending on the circumstances; and if it’s a “missed” call, even more, leniency can be applied by the officiating crew.

Non-verbal communication is much more difficult to be certain about. Be cautious in penalizing it. Yet always know when a non-playing participant is “looking at you in that tone of voice.” Umpires are hired to do a job — administer the game by an agreed-upon set of rules. Without the rules, we have little purpose. Still, non-playing participants often attempt to bend those rules. Worse yet, bending those rules has become an accepted practice, especially at the higher levels where there are many full-time coaches and their jobs depend on their success.

Are coaches allowed on the field during live ball action? Yes, if the rules allow it (for example, base coaches). Have you had games during which coaches are standing on the field in violation of the rules? This is both a playing rule and safety rule violation. The umpire(s) should request the coach to get into the dugout. If the coach, in his own unique form of protest, continues to stand on the playing field, this is also unprofessional conduct as well as a direct and intentional violation of the rule. Defiance of a request to comply sends a strong message from the coach that he is not treating an official as a peer. A message of non-compliance needs to be dealt with immediately and firmly.

As mentioned at the beginning of this article, umpires should establish their own line ahead of time as the emotions of a game or specific comment can be a trigger that has a specific negative effect. You must have absolutes that you won’t tolerate and non-absolutes that you will allow and treat fairly and evenly.